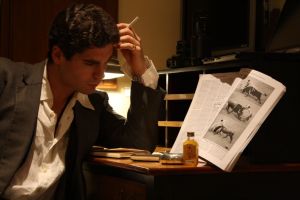 A fuller biography can be found at www.alexanderfiskeharrison.co.uk – and my personal blog is at www.fiskeharrison.com – but in brief: I was born and raised in London and rural East Anglia to English parents, but in November 2008 (when the above photo was taken) I moved to Seville, Spain to find out everything I could on the subject of bullfighting following an article I wrote on the subject for Prospect magazine in the UK, which was circulated widely, from the The Los Angeles Times to The India Express, from CNN to Al-Jazeera. This is despite its conclusion being an open one. What I said was,

“Whether or not the artistic quality of the bullfight outweighs the moral question of the animals’ suffering is something that each person must decide for themselves – as they must decide whether the taste of a steak justifies the death of a cow. But if we ignore the possibility that one does outweigh the other, we fall foul of the charge of self-deceit and incoherence in our dealings with animals.” 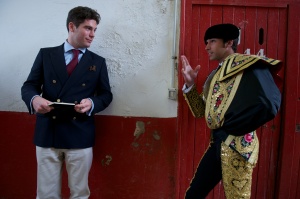 The Author with Cayetano Rivera Ordóñez

I spent most of the first year travelling with bullfighters to watch them work in bullrings and ranches of Spain, France and Portugal. From Spain’s greatest amateur bullfighter, Adolfo Suárez Illana, to her bravest professional Juan José Padilla; from her most famous, Cayetano Rivera Ordóñez, to her newest star, Miguel Ángel Perera – I got to know these men and, at their suggestion, entered the ring with them (and survived.) 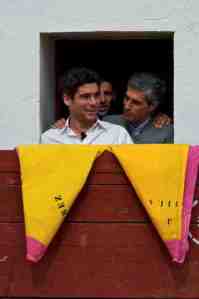 The Author with Juan José Padilla and Adolfo Suárez Illana

Although many will argue that this destroys any semblance of neutrality in my research, in fact, if anything it made me strive harder for impartiality. I did not for one second cease thinking about – and writing about – the cruelties involved in bullfighting. I have been a paid up member of the WWF since I was twelve – more than thirty years – and was a member of Greenpeace for ten. I studied biology and then philosophy at the universities of Oxford and then London, undergraduate and postgraduate, and have published in favour of increased Animal Rights (see, for example, my Financial Times article on ape intelligence reprinted on this blog here.)

The completed book, Into The Arena: The World of the Spanish Bullfight was published by Profile Books on May 26th, 2011. It went on to be shortlisted for Sports Book of the Year and became a primary text on the subject alongside Ernest Hemingway’s Death In The Afternoon. A second edition will be issued this Autumn. 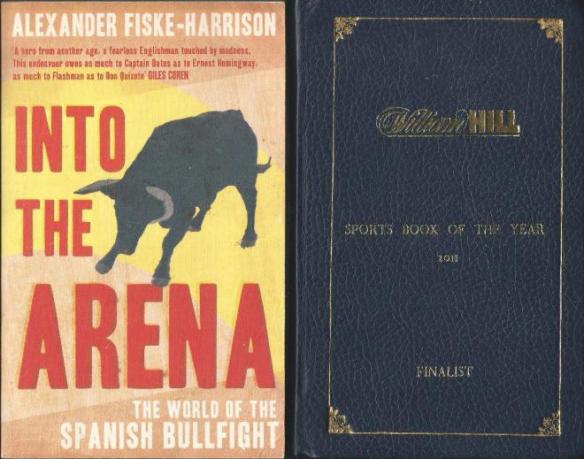 I continued to have a deep involvement in the world of the bulls, including bull-running in which I have participated around Spain, editing and co-authoring the book The Bulls Of Pamplona, (Mephisto Press, 2018) with a foreword by the Mayor of Pamplona, and contributions by John Hemingway, grandson of Ernest, Beatrice Welles, daughter of Orson, the most experienced Spanish and foreign runners such as Julen Madina and Joe Distler, and hundreds of photos from Reuters & EPA photographer Jim Hollander’s half century in the city. 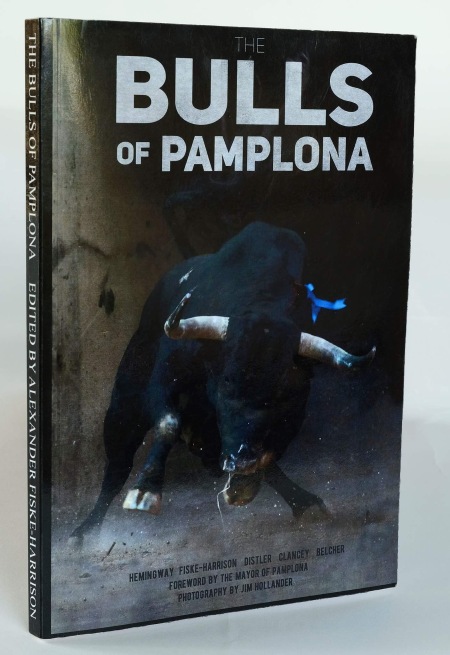 I have spoken on ‘the bulls’ at universities from Oxford to Seville, and on behalf of the Spanish Embassy in London to an audience including Members of Parliament and Cabinet Ministers, as well as writing for newspapers and appearing on television and radio around the world. I also work with the Fundación de Toro de Lidia, ‘The Foundation of the (Spanish) Fighting Bull’.

I hope I have done and continue to do this astonishingly complicated, dramatic and important spectacle – whether you end by loving it or hating it – justice.

(For all enquiries please contact in the first instance Lucy Gould on contact@thelandofwolves.com.)