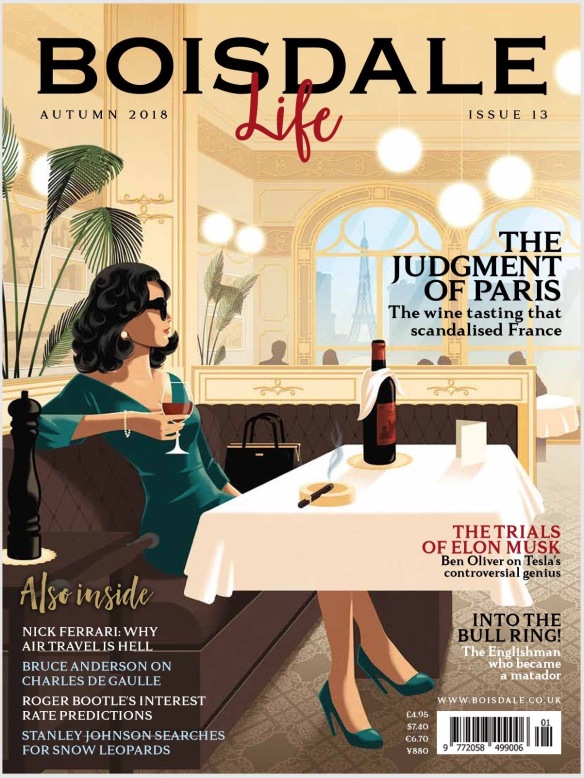 FOR THE LOVE OF TOREO

When Englishman, Old Etonian and Boisdale regular Alexander Fiske-Harrison travelled to Spain to write  a book on bullfighting, he never imagined that he’d be stepping into the ring himself. But after he picked up  the red muleta for the first time, everything changed

Anyone who speaks of their first time in the ring in terms of the sweat or the heat, the overwhelming fatigue or the numbing fear, the grittiness of the sand under foot, or the particular odour the Spanish fighting bull brings with it from the corrals, is either lying, misremembering or deranged. For such detailed cognition is not how such massive levels of acute stress work in the normal human mind.

By the time I was facing a big animal – three years old and weighing a third of a ton – I had learned how to control that adrenal flow so that I could devote time to reading the animal. For example, seeing which horn he preferred to lead with (like boxers, bulls are either southpaw or orthodox), and noticing whether he wanted to break into a canter in a close-range charge or preferred merely to extend his trot. Then there was the choice of pass I’d make with the muleta – the red cloth with a wooden stick for a spine – extended wider with the sword in its folds when used for a derechazo on the right, or on its own on the more risky, but more elegant, left for a pase natural. 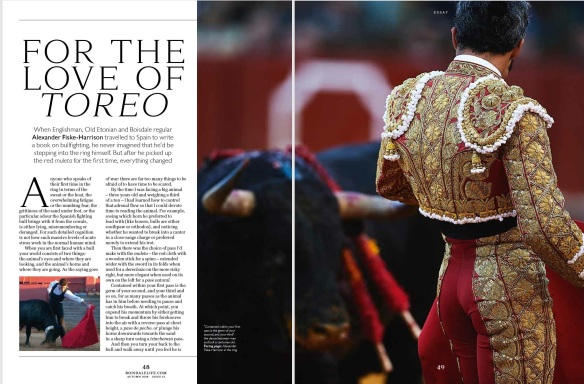 END_OF_DOCUMENT_TOKEN_TO_BE_REPLACED

A fortnight ago I accepted, a prize from the most ancient encierros, ‘bull-runs’, in all of Spain, those of the town of Cuéllar in Old Castille.

Earlier that same day I nearly died while running with those bulls. The bull in the photo-detail below was suelto – ‘loose’, alone – and had come to halt facing away from me. So I seized what I thought was a chance and tried to pass it in the narrow street.

At the exact same moment another runner tried the same thing, coming from the opposite direction. When we collided, both of us with eyes only for the bull, he was bounced clear to safety while I lost my footing on the slippery street at the very instant the bull caught sight of our movement in its peripheral vision and charged across the street. It ground to a halt on its hooves as I struggled to get upright, my back against the fence that protects the spectators on the pavement.

In this moment – which lasted as infinitely long as all the novelists, journalists and diarists of near-death say it does – I stood so still as to render myself invisible to the bull whose horn points were paused either side of my chest.